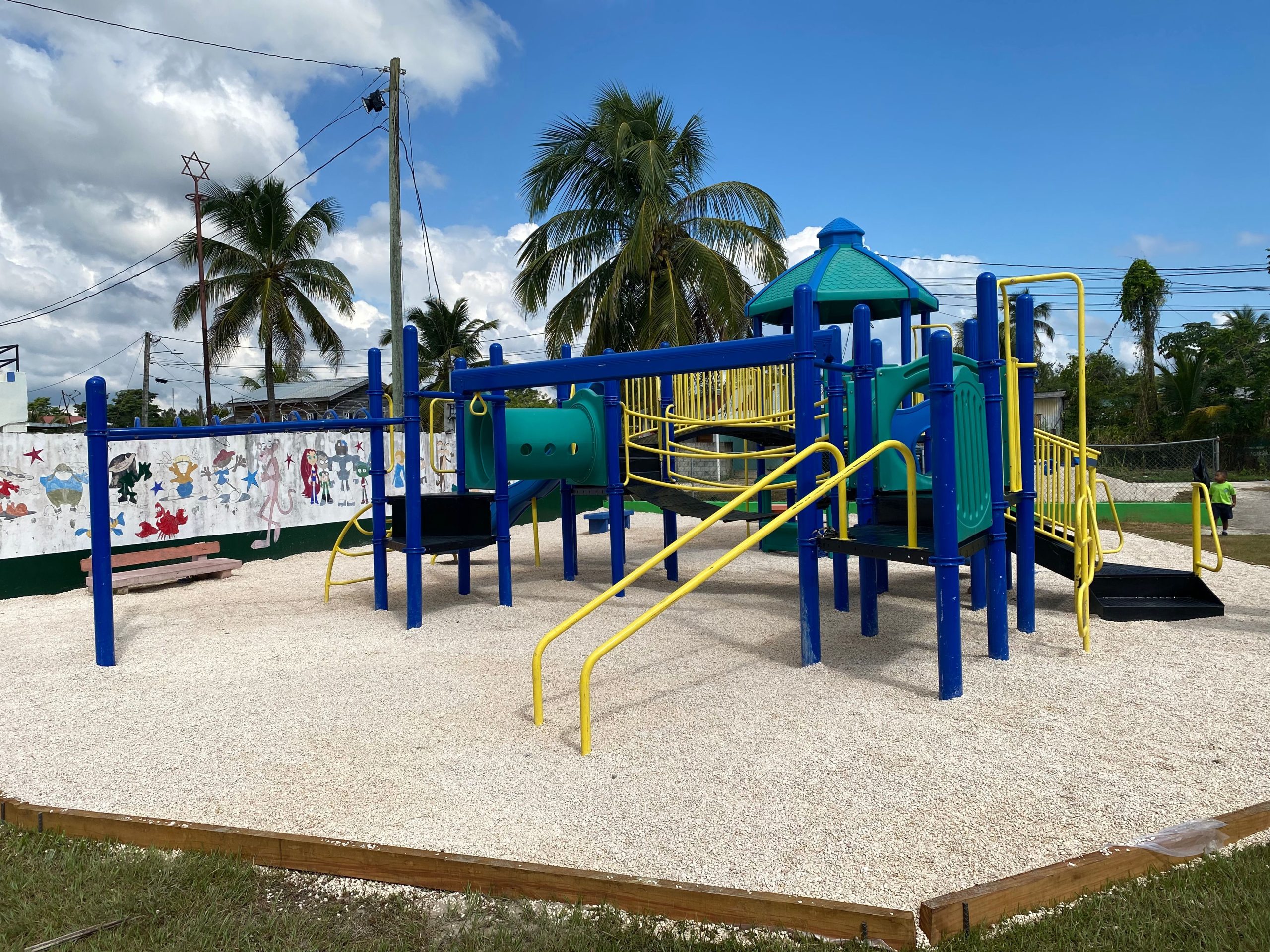 Compassion is a vital strand of the Little Tikes Commercial DNA, bolstering our mission to change the world one playground at a time. Through our partnership with Kids Around the World, a faith-based, nonprofit organization, which brings play to children in impoverished global communities, several members of our team had the privilege and honor to see first-hand this mission in action. 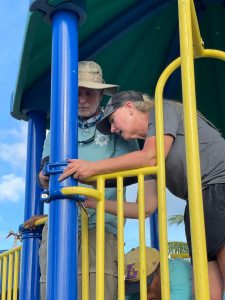 Janessa Jones Memorial Park in Ladyville, a suburb of Belize City, Belize, in Central America, is the location of the most recent Kids Around the World refurbished playground. What was once a dilapidated and barren space is now a reinvigorated community gathering spot for children and families, and an amazing example of the magic of play.

Joined on the trip by representatives from agencies Bluegrass, All About Play, Playworx and Hahn Enterprises, our Little Tikes Commercial leadership team arrived at the park on a Monday in late October. Volunteers from the local community also joined in and we began preparing for the build.

“We unpacked the equipment and prepped for the exciting days ahead,” said Brett Kidd, vice president of global sales for Little Tikes Commercial. “We got to work early Tuesday, and by the end of the day the playground had completely taken shape.”

While community leaders knew about our plans, our arrival was a surprise to many of the residents. As we began the playground installation, children slowly gathered, continuously inching closer, curious as to what was going on. Occasionally, they would leave only to return with more friends.

“On Tuesday morning, a lot of these kids left for school while the playground was in pieces, still on the ground,” said Greg Sippel, Little Tikes Commercial western regional sales director. “When they returned later that day, there was a mostly assembled playground that wasn’t there in the morning. They were excited this had gone up so quickly, and we could really feel the energy of what was happening here!”

The playground was concreted into place on Wednesday. By Thursday, it was essentially complete. “It was great to have our agency partners on the trip with us who were experienced installers,” said Sippel. “We had a strong crew that included some really helpful volunteers, and we all worked amazingly well as a team.”

The Ladyville village held a grand opening on Friday, with dignitaries participating, plenty of local news coverage, and many multi-generational families excitedly surrounding the new structure.

“It was incredibly humbling,” said Julie Ketcherside, Little Tikes Commercial eastern regional sales director. “I know my family is truly fortunate to live in a country and a community where playgrounds are accessible, safe, and maintained. To participate in this build, in a place where access to playgrounds is anything but a certainty, was so special, and my hope is that we changed lives for the people in this community.” Kidd and Sippel both agreed.

“It makes us realize that perhaps we take certain things for granted here in the U.S., especially when you realize what one playground does for a town, and what it brings to a local community,” Ketcherside said. “It also makes you realize that when you get a few people working together, you can get a lot done and really accomplish something special.”

Ladyville is one location in what Little Tikes Commercial expects to be a longstanding relationship with Kids Around the World. There is so much more hope and joy to bring communities through the magic of play.

“It’s rewarding to be a part of something that’s going to last, and that will help create such laughter and happiness in places where kids really need it. It makes me so proud to partner with Kids Around the World, and helps solidify why we come to work at Little Tikes Commercial each and every day. It’s awesome!” said Kidd.

To learn more about buying playground equipment through this program, visit LittleTikesCommercial.com/KATW.