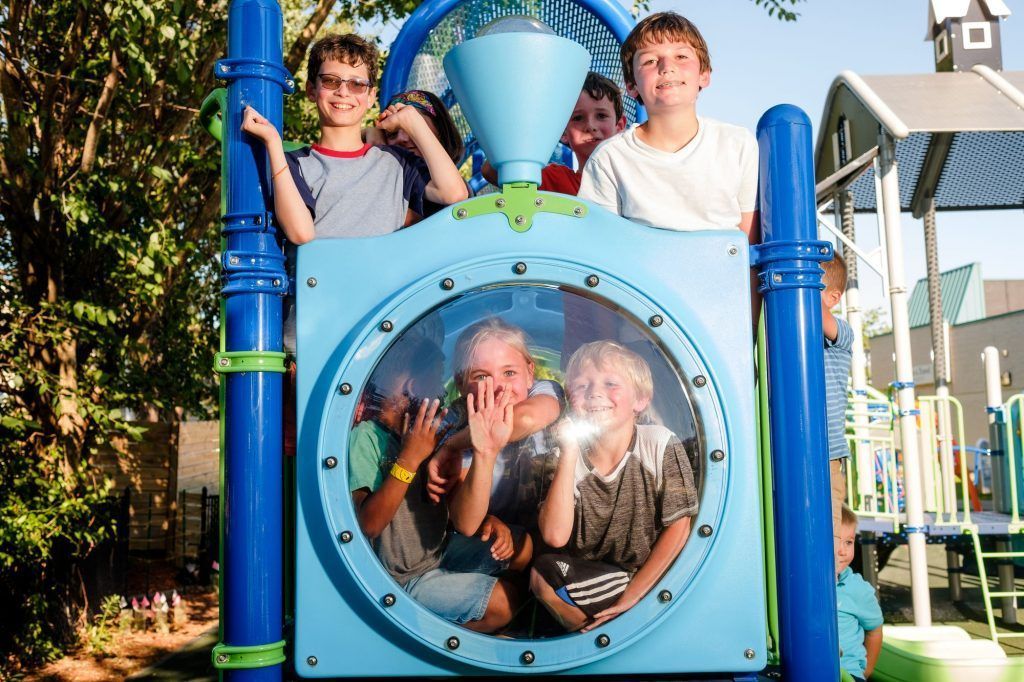 The Benefits of Free Playtime on the Playground

It is not uncommon to pass a park or playground and see children engaging in various types of play, letting their imaginations run wild. Having an outlet like this is crucial for a child’s psychology. Early childhood is an incredibly important part of human development and making sure to foster the right environment for a healthy, well-adjusted child is critical to their success later in life. It is important for children to get an education, learn the importance of responsibility, and create healthy habits, but playtime also has a role in early childhood development. During play, especially free play, children learn a multitude of skills that will benefit them greatly as they grow into adolescents and become the next generation of adults.

What Is Free Play and Why Is It Important?

Of course, you’ve heard the term playtime and are more than likely already familiar with it. As children, most of us engaged in some form of play, whether it was on our own or with siblings or friends. However, with children, there is more than just one type of way to play. More often than not, children are already engaging in free play on their own, without needing to be taught or guided.

Free play is when children have complete freedom to choose how they want to play, such as playing games of make-believe on the playground with their friends or choosing to stay inside and draw their own wacky characters. With this type of play, the only limit is the child’s imagination and, as we all know, a child’s creativity knows no bounds. And the best part is that free play can take place anywhere — it doesn’t matter if it’s at home, at school, or on the playground. Even in places we adults might consider boring or stressful, such as the airport, a child with a well-developed mind due to free play may imagine that they are an astronaut about to embark on an important mission to space.

The reason that free play is so important is that it shows that your children are developing normally. Playing in such a manner allows children to develop skills that they may not have the opportunity to explore elsewhere. Because free play is so creative, it’s a natural way to encourage problem-solving skills and independence. Even in imagined scenarios, problems will arise and children can use this opportunity to find the best solutions, whether they’re playing alone or in a group with others. Children who play independently will learn how to keep themselves entertained, and this learned skill will benefit them in schooling and their life beyond as they start to become their own person.

Why Should Kids Have Free Play?

In today’s modern world, kids are experiencing free play less and less with screen and mobile devices becoming available to them almost twenty-four seven, especially as more apps and programs are coming out that are geared toward keeping children occupied for long periods of time. It is not uncommon to see a young child hooked to a tablet or cellphone watching a children’s show or playing a game. That’s not to say that all children’s shows or games are bad as many often teach valuable lessons that children replicate in life.

However, the amount of time spent on these devices has been rapidly increasing while their time with free play has been decreasing. The main cause for the lack of free play children are being exposed to and replacing it instead with a screen is due to their increasingly busy schedules. As our adult lives become busier, so do the lives of our children. A family with both parents working full-time can be hard-pressed to find the time to take children to the playground or encourage them to free play at home. Sometimes it can be tempting to give our children just as rigorous a schedule with things such as excessive academic studying or extracurricular training because we think it will prepare them for a successful life. If we get too busy and don’t allow for the proper time to care for our children, we may even want to throw a screen in front of our children to keep them busy, which is becoming more and more popular in the household. However, doing so is causing a huge detriment to our children.

The American Academy of Pediatrics suggests that children under the age of 2 years old experience very little to no screen time, while children ages 2 to 5 should have no more than one hour of screen time a day. This is because these ages are critical in the development of a child’s cognitive functions, as well as the ability to be creative and to bond with other individuals, such as parents or children of the same age group. At this age, and even in younger children, letting them engage in free play or playtime on the playground will be more beneficial to them than the majority of the time they spend in front of a screen.

Free play encourages the proper growth of a child’s brain as they progress through life, which is why it is so important that they are given the opportunity to do so. But free play does more than just help a child’s brain grow. When children play, they are also getting physical, building social relationships, and learning to regulate their emotions. Without learning these important skills, especially the regulation of emotions, we may be putting our children at risk of developing things such as depression, anxiety, and inattentiveness. In young children, free playtime sets up the building blocks for well-adjusted children who become well-adjusted teenagers and finally, well-adjusted adults. Children are naturally inclined to play — all we have to do is give them the opportunity to do so.

How Can You Encourage Free Playtime on the Playground?

Now that we know just how important free playtime is to a child’s development, we must encourage it within our children so they can reap the benefits it has to offer. At a playground, there are multiple ways you can encourage your children to play, which you will first guide them through before letting them take the reins and play on their own.

Encouraging free play first starts with fostering a child’s imagination, which can be done through pretend play. This is where you can let a child be as creative as they want to be, whether they want to be a knight on a quest to slay a dragon or a magical wizard that rules the land. No matter what they come up with, children who engage with pretend play will start to develop their sense of empathy as they are taking the role of a person that is not themselves. Allow there to be drama as well, as pretend play can be a great outlet for storytelling. Children often come up with wild and imaginative ideas that are usually accompanied by plots in the same vein. Developing narratives and storylines within playtime helps build empathy within your child.

Don’t be afraid to let things get messy, either. Most children are messy by nature, and permitting them an outlet for this type of play will allow them to expel this energy at the right time. There are many options when it comes to getting messy during playtime, and a great way to encourage this is with a craft room or table. Setting kids loose in a craft room gives them the chance to get messy with paint, markers, glitter, glue, ribbon, pipe cleaners, and more while creating their own masterpieces.

Arguably, the most popular way to encourage free play is through physical exertion. Any excess energy or emotions built up can be released during physical play and can be a great way for children to regulate their emotions. But beyond that, playtime that includes a high level of physical energy will also help maintain a healthy body for your child, which will put them in a good place as they grow and reach adolescence.

These are just a few of the many ways children can play at their local playground. As they explore the world around them during playtime and make friends doing so, they build skills and expand their creative imagination. The best way to encourage free play is by providing them with a safe place to play and resources they can incorporate in their fun, like playground equipment, chalk, jump ropes, balls, and more.

What Are the Benefits of Free Playtime on the Playground?

We know that playtime is important, but what makes it such a vital part of a child’s development? Well, there are many known benefits of free playtime on the playground. Because there are so many, we have compiled some of the better known and best benefits that your child will receive as they take part in regular free play.

These are just a few of the many benefits that free play at a playground has to offer. Play should be allowed and encouraged — make time for your children to play so that they can develop the skills that they will need to succeed. This approach is key in raising children who will become competent and well-adjusted adults.

Free play is such an important part of any child’s development and will help them develop skills that will last a lifetime. Some of the best times in our children’s lives are at the playground with their friends, where they can be free to be and express themselves in the best way they know how. Quality playgrounds give way to quality playtime, something that is invaluable to every child.

If you’re looking to build the perfect playground, Little Tikes Commercial can help. Contact us today to get a quote or speak with a representative in your area to learn how to best foster a safe environment for children to play in.